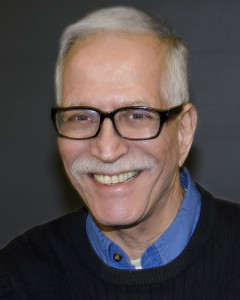 I graduated Mainstream Class in the Spring of 1990. So I have been a member of Times Squares for 31 years.

I was a member of Gay Friends and Neighbors in Brooklyn in the late 1980s. Every Memorial Day Weekend they had a “Camporee” at Camp Wel-Met in Monticello, NY. Among the many activities they had that weekend was a Saturday night square dance. The caller was Ron Masker – instructor for Times Squares’ Mainstream Class. My partner Nick Martellacci and I thought this would be a great activity we could do together. It could be a fun way to enlarge our social circle of friends and meet new people.

Interesting fun fact. Both Nick and I were in the same mainstream class and started out dancing together. He was a much faster learner than I was and did not have much patience with me when I made a mistake. I told him if he complained one more time and yelled at me, I would not dance with him anymore. I went the wrong way. He yelled at me. So I stopped dancing with him! It was about three years after we joined before people knew that Nick and I were together as a couple!

I ended up staying in New York and went to college and graduate school at Long Island University. Little did I know that 50 years later after graduation I’d live in the same neighborhood where I went to college.

I did live out of state for several years in the late 1970s and early 1980s. I was working for a New York Company that had subsidiaries in Oklahoma and Texas. It was great earning a New York salary back then but living down south. The best I’ve ever lived at that time of my life.

You were the treasurer of the club for many, many years. What did you enjoy about that role?

I have the dubious distinction of being the second longest serving board member in the history of Times Squares (after Michael Coan of course). I served as treasurer for 14 years between 1991 and 2016. As a child I was always good in math and keeping records of the money I spent and saved since I was 10 years old.

What I enjoyed about the role as treasurer was collecting money at all our social functions and keeping track of expenses and income and analyzing profit or loss on each event and trends and results from year to year .In fact is was Nick Martellacci who wrote a custom accounting program for me in Microsoft Access to help simplify input and reporting of financial transactions (after I told him what I needed.)

Being treasurer was also a good way to meet people and remember each of the members’ names.

After attending 5 or 6 square dance conventions back in the 1990s I joined the El Camino Reelers (a square dance club in Mountain View, California) as a supporter. At that time, I thought this particular club had the youngest, hottest group of men with great beards and mustaches. I wanted to get into their club picture. I was a dues paying member for about 5 years.

As I was the youngest child and the only boy in my family my mother was the first person who inspired me. She instilled in me the values of being a good compassionate, honest and empathetic person .She instilled in me the values of getting a good education so you will be able to support yourself financially and be a good husband and father when you grow up. (Obviously the last part didn’t happen). As I got older the people who inspired me were my close circle of friends and my life partner Nick of almost 36 years who have showed me much love and support and who inspire me to be a better person when and if I need to be.

I enjoy having friends over for dinner and movies. I also enjoy traveling. Nick and I have visited Canada, France, Spain, Germany, the Netherlands, and Italy.

What are you reading /watching?

To be perfectly honest, I gave up technical reading after I passed the CPA exam expect for what was needed to learn to get my job done while I was working and before I retired. Right now I enjoy reading gay romance novels and gay adventure stories. I am an avid watcher of movies on Netflix and Amazon Prime. Nick and I are supporters of independent gay film makers and have a collection of over 1,000 movies collected over the years purchased mainly from TLA Video.

If you had a warning label, what would it say?

Show up on time!

“Limp Limerick” reprinted from the September 1988 issue of Times Squared