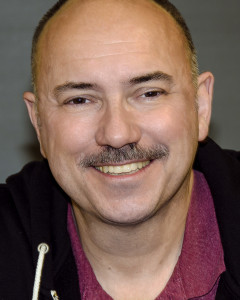 You returned to square dancing with your partner Kian-Lam Kho, several years ago after an absence of many years. When did you join and what caused you to lose touch?

In 1989, I decided that we were too old for discos, and I dragged Kian to a Times Squares event with an old friend Patrick Ross, whose boyfriend was hoping to meet a Marlboro man. His image of square dancing was still in the old west. Ours wasn’t.

So what brought you back to New York and Times Squares?

I know 10 years off is supposed to be the kiss of death, but we returned to Times Squares with a vengeance when I retired and Kian chose a culinary, rather than financial career.

I enjoy the speed, the focus, and the need for a quick response. I also love the freedom of gay square dancing, that it’s not a couples dance, and there are seven other people to play with and to help you. Kian and I have always travelled to other clubs to dance, including often straight clubs. I think it’s important for new dancers to travel and dance with other clubs and callers.

What can you tell me about your childhood and early life?

Growing up on the ocean in Fairhaven, Massachusetts, I was a “swamp Yankee”. I fondly remember doing the rounds of the trawlers in my little rowboat, and asking the fishermen to toss me a fish. I also remember walking along the shore collecting clams, quahogs and periwinkles for my mother, who was a very good cook, and would prepare anything that I found.

My childhood interest in world history led to a love of travel, and a fascination with the people of other cultures. Thankfully I was able to follow through with that.

In 1972, after graduating from college, I spent several years teaching school in Bogota, Columbia, South America. After I met Kian, we moved to California where I taught in the Wattsneighborhood of Los Angeles, followed by a year living and teaching in Singapore. One of my quirky gigs was teaching G.E.D. in the Naval Brig on Buena Island, when we lived in San Francisco. Those were exciting years.

You still travel quite a bit, but what else engages you?

When I read, it’s a mystery, when I game it’s bridge or Scrabble, and I still enjoy traveling and researching cookbooks with Kian. The best part of getting older is finally having both time and money to do what you enjoy.