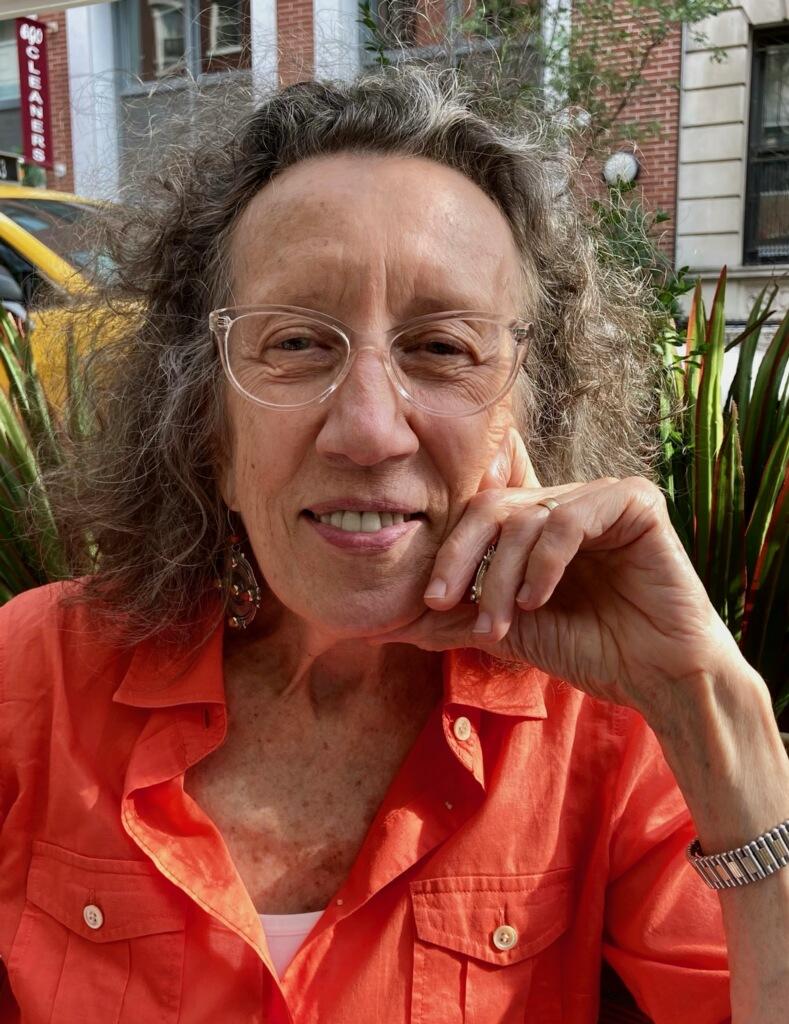 I joined Times Squares in the spring of 2003, gaining notice in my class of  20+ by suggesting I photograph our angels and we create “wanted” posters to decorate our Wild West-themed prom. Another class member made up the cheeky captions.

I always enjoyed square dancing as a youngster, and heard about Times Squares when volunteering at Gods Love We Deliver.  With a husband who doesn’t dance (hustle lessons almost broke us up), TS seemed like a perfect group for me.  Answering the hot line, George Voorhis suggested I check out the group the next Tuesday evening.  I was hooked on the group, and George too, and still am.

I was raised mostly in Ann Arbor, Michigan as the good daughter of a chic mother who was a wonderful seamstress and cook, and a university professor father who invented weather instruments and taught me how to use tools. Having read Vogue and Harper’s Bazaar from a young age, I was always headed to New York, and had to be bribed to attend college.  That bribe consisted of allowing me to live in a dorm at the University of Michigan, and subsequently in a sorority house.  Having begun as an architecture student, I transferred to art early on.  With lousy counseling, I needed to get a summer job in commercial art in order to graduate a semester later.  I did that in New York and was on my way.

Several years ago, while installing curtains in Buffalo Bob’s former residence in Pound Ridge, the new owner, Richard Gere, played the piano and regaled us with stories of his childhood stints on The Howdy Doody Show. The one I remember is of his friend throwing up on Buffalo Bob, after eating too many of the sweets intended to liven up the audience of children.  Yes, it was live television then.

José Andrés, the cook and restaurateur inspires me.  When there’s a food crisis in the world, he assembles a team, and goes in and handles it.

What else do you enjoy beyond square dancing?
I enjoy cooking  and eating, reading, Nature and gardening, and anything that makes me laugh.  I enjoy people’s stories, their memoirs and profiles, in print, on the radio, and from podcasts and PBS specials.

What are you reading?
I’m taking a break from memoirs and thrillers, and have just put down a wonderful book about muses, or you might call them groupies. It begins with a gal whose large breasts and twirling tasseled pasties inspired Elvis’s hip action (and sexual prowess as she recalls) and continues into the late 1960s and ’70s, focusing on each muse’s story. Very amusing. I was heavy into rock and roll then and knew of all the gentlemen seduced by these gals. FYI the closest I a got to that scene was in 1970 sitting on Doug Kershaw’s lap in his hotel room, while my guitar toting boyfriend looked on. It was kind of silly and I remember what I was wearing. Oh, and leaving Kenny Rogers in a bar because he was busy with other fans.

What do you enjoy most about Times Squares?

I enjoy in Times Squares the many friends I have made, in a diverse group of interesting and lovably eccentric people, who are exceptionally kind to and supportive of each other. The dancing is great fun, not to mention the hugging and laughing and silliness of it all. I ❤️ TS.