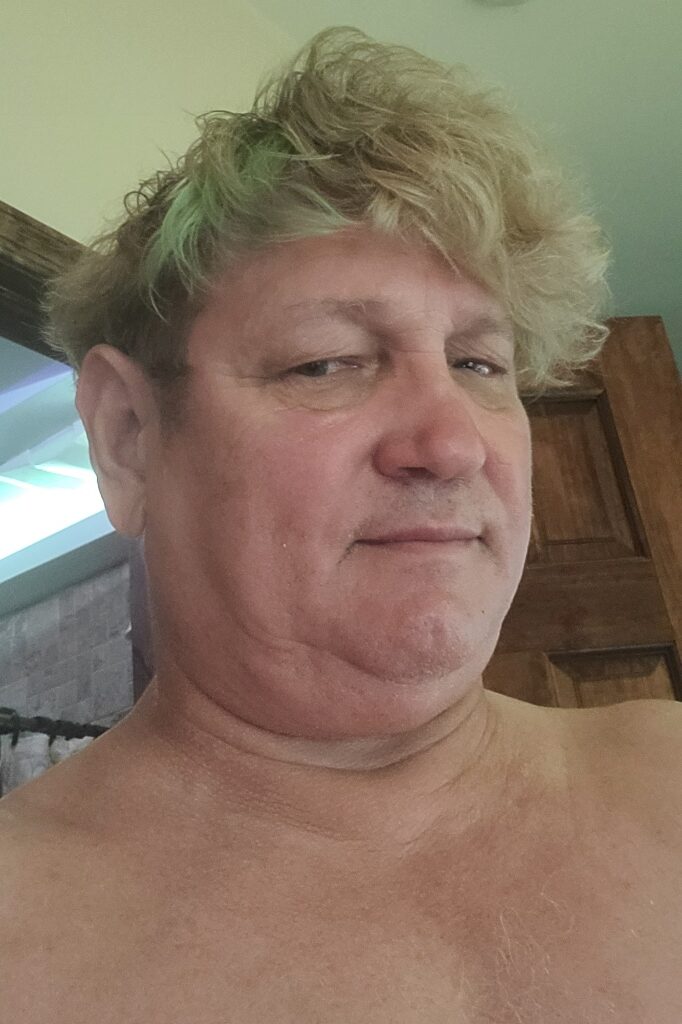 Since 1994 with a seven year absence.

To find a mate. I read an announcement in the “Events Section” of the LGBT Center. We danced there.

Born in “Da Bronx”. My parents moved the family to Bergen County, New Jersey when I was two.

You mentioned a seven year absence from the club. What was that about?

I was very ambitious when I entered the Class of 1994. I was elected a co-class rep, and I completed Mainstream, Plus and A2 in two years. At the time, the club was roaring with 225+ members. Dancing going on 2 to 3 times a week. I remember for our prom there were about a dozen squares, and about 30 to 35 dancers graduating Mainstream.

When I became a Board member the following year, it was very clique-ish. The club wanted very competent dancers and even discussed having dancers audition before advancing to the next level. I was for making the club more social — pre and post dining, parties, social events, etc. — a minority opinion at the time. Funny how after 25 years, the club’s vision turned around 180 degrees to keep the membership happy.

Being so frustrated with all the personal vendetta going on, I did not seek another term. I was burnt out with the leadership and square dancing. I needed a break from everything, which lasted seven years.

Manhattan and everything it offers: theatre, music, Central Park, the Village, its people and history. The list goes on.

I discovered kink when I was twelve, and been having fun with it ever since. Some of my fondest and long time friends are into kink. It is fun playing out your sexual fantasies.

You winter in Palm Springs. Are there any differences between there and here to mention?

The climate obviously. They have two gay square dance clubs. 40% of the population is gay male (no one on its city council is straight.) So many friends have retired there. The gym has men in their 50s, 60s, and 70s pumping iron with fabulous torsos. Talk about inspiration. Don’t ever give up!

My soulmate of sixteen years, Kevin. He is so talented. Every year I learn something new about him. He loves technology, which makes me so fortunate having my own personal “Geek Squad. But I treasure his Irish humor the most. No matter how troubled I may be, he can find some humor out of it. Irish laughter is contagious. I love him.

I regularly read periodicals, such as Wall Street Journal and The Week. I enjoy CNBC stock programs and British shows, such as “Father Brown”, “Are You Being Served?”, and “BBC Bews”. Sherlock Holmes is my favorite fictional character.

Who would you want to play you in a movie of your life? What would the title of the movie be?

Woody Allen.  “Everything You Wanted To Know About Ken Herskovits But Were Afraid To Ask”