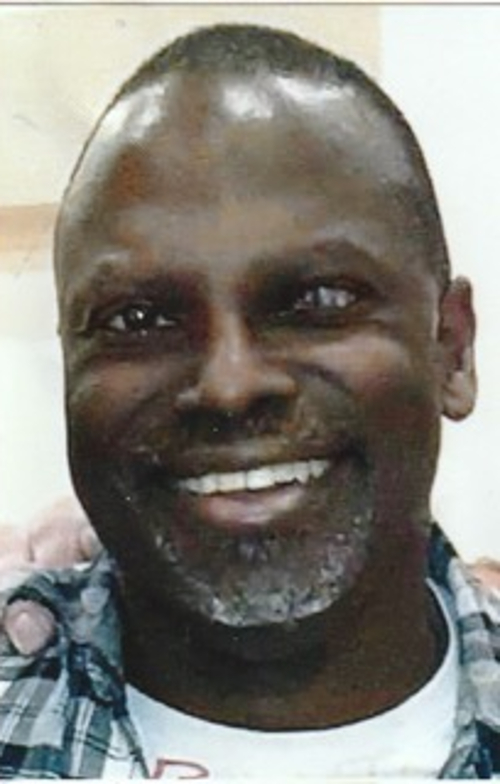 I have been a member of Times Squares since 2018. Although with the pandemic, it seems ages ago.

I had not even considered square dancing until my friend, Steve Ashkinazy, invited me to an Open House event. After my first event, I didn’t need any convincing. Square dancing seemed to combine so many things that bring me joy – being social with people, touch, flirtation, music (especially from the 80s), and dance. Since I joined, I stayed for the community and friendships as well as the fun dancing. After I joined, I found out from my mom that she also did square dancing in school when she was growing up. I am just grateful that I discovered it later in life. The picture that I have included as my headshot was taken when I was square dancing at Times Squares. This is the best picture taken of me ever, because I am radiating pure joy!

I grew up in Raleigh, North Carolina, which is very much a part of the South. I never imagined that I would end up in New York City, but I took the long way around to get here. Growing up in Raleigh, I always dreamed of getting out and exploring the rest of the world. Raleigh seemed so limited and familiar. When I was applying to college, I applied to several colleges out of state, but financially it worked out best to stay in state and attend Duke University. At Duke, I became a Zoology/Russian double major. I originally wanted to be a Zoology/ English double major, but the instructor in my freshman English course was a burned-out graduate student. She did not portray a bright future for English majors. Since I had studied some Russian in high school, I continued my studies in college as a second major. This major provided my first opportunity to travel abroad as part of a Duke study abroad program. I studied Russian language and culture for 6 weeks in the former Soviet Union. My trip to St. Petersburg (Leningrad at the time) was the first time I took a plane ride, rode on a train , rode on a subway, or travelled to another country. So needless to say, I experienced culture shock, but I had an amazing time. Afterwards I was inspired to the see the rest of the world and I never looked back.

In college I also studied British literature for a summer in Oxford, England, and travelled around the U.K. and Netherlands as well. When I finished college, I decided to go to veterinary school and again wanted to go to a school out of state, so that I could experience living out of the state. But financially, it made more sense to attend N.C. State University’s College of Veterinary Medicine in Raleigh, NC. In veterinary school, I did everything from delivering calves to removing a tumor from a rattlesnake, but I had the most passion for aquatic animal medicine (mostly marine and freshwater fish). After I finished veterinary school I got my first job in Oahu, Hawaii, as a shrimp disease specialist/ program manager at a private, nonprofit aquaculture research facility. Ultimately, I fulfilled my dream to live outside of North Carolina, but funny enough, I could not have gone much further west and remained in the U. S. In Hawaii I met my spouse, David Muir, who is South African. We have been together for more than half of my life now (almost 30 years). After living in Hawaii, I decided to get a Ph.D. in Immunology from Stanford University. When I completed my last post-graduate degree, I treated myself by getting an around-the-world ticket to visit friends in various places. and visit a few countries for the first time.

My first position as an academic was working for Massachusetts General Hospital/ Harvard University as an HIV researcher, who was based in Durban, South Africa. We lived in Durban, South Africa for 5 years, before my grant funding ran out; and subsequently, I found an academic position in New York City. I am currently a Full Professor of Biology with Tenure at Medgar Evers College, City University of New York.

How would your friends describe you?

A fun fact about me is that I honor cross-cultural traditions of celebration in which I find value. I enjoy celebrating Passover with Jewish friends, even though I am Quaker. I enjoy celebrating Day of the Dead as I experience the passing of friends and loved ones over the years. And I enjoy celebrating other people’s birthdays as much as my own, as it gives me an opportunity to acknowledge how my life has been blessed by having them in it.

I am inspired by people, who I know personally and those who I know from a distance. I am inspired by my parents, William Carr and Cleopatra Carr, and my grandmother, Ms. Viola High, who faced racism and white supremacy with grace, integrity and strength. I am inspired by Michelle Obama, Nelson Mandela, and Bayard Rustin, who spoke truth to power, despite the consequences.

Beyond square dancing, I enjoy swimming, especially the butterfly stroke. For me the butterfly stroke is free-expression made visible, because I remember I time when I physically couldn’t do this stroke. To do this stroke requires having a lane to myself, so it is very liberating as well. I also have a passion for cooking and baking. Baking is my creative outlet, and I often get inspired to try something new and innovative. I sometimes post my creations on Facebook. Although I enjoy gardening, my partner is the one with the real green-thumb. I enjoy science-fiction/ fantasy movies and novels. I especially enjoy the Marvel Universe movies, but I am not a fan of the DC Universe. The DC Universe is too dark and serious for me. I also enjoy art museums, arts and crafts shows, alternative and world music, as well as plays and musicals (as long as they are not too cheesy). Last, but definitely not least, I enjoy service, worship and fellowship as a Quaker. As a Quaker I aspire to have my life’s work speak for itself.

Who would you want to play you in a movie of your life? What would the title of the movie be?

LeVar Burton, a.k.a. Lt. Commander Geordi La Forge in Star Trek: The Next Generation, should play me in a movie about my life. I would call it “So Long, and Thanks for All the Fish” from Hitchhiker’s Guide to the Galaxy. Like all Marvel movies, in the credits I would include preview scenes about the next film, which would be teaser scenes about the after-life. Of course, as the credits roll they would play Freddy Mercury’s song “Who Wants to Live Forever”.