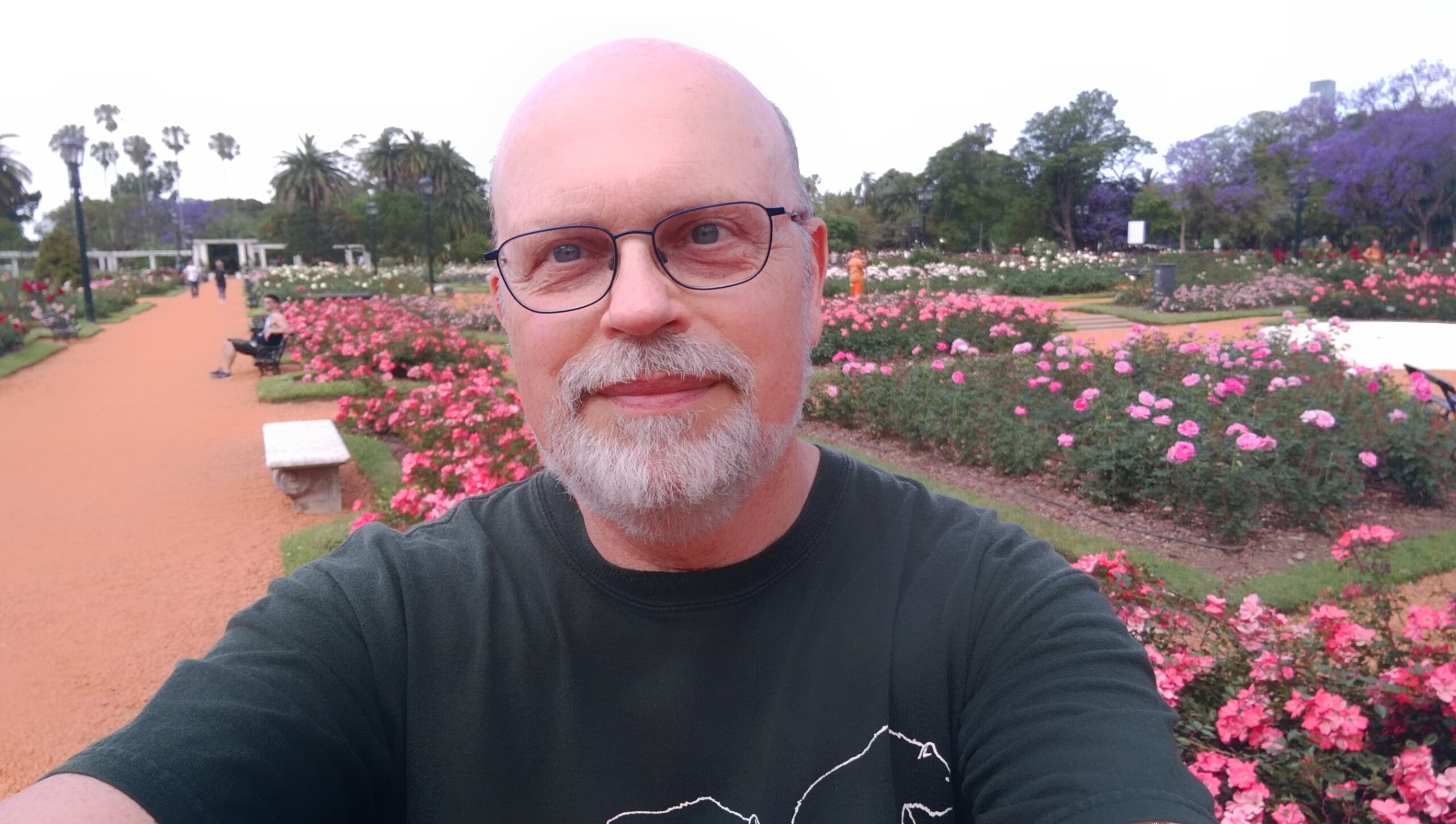 I was in the class that graduated in 1989.  That was good timing, since that year the convention was in NY.  I’m not sure that I would have gone to it the first year if it had been far away.  But I’m glad that I did, because it blew me away:  live callers instead of records, hundreds of dancers instead of dozens, and the golden age of the Honky Tonk Queen contest (well fool’s gold).  I’ve been to every convention since and had a great time at all of them.

I was a member of a group called Gay Friends and Neighbors of Brooklyn and one night a square of dancers from Times Squares came to do a demo.  I had done some square dancing in high school with friends who attended St. John’s college. The demo reminded me of how much fun it was to dance, even though the most complex call I had ever done was grand square.  I went to the next open house after that, and the rest is history.

You’ve been a member for many years. What keeps you engaged and coming back?

It’s the fun and friendship.  Over the years I’ve become good friends with members of Times Squares and other clubs, and it’s great to spend time with them doing the activity that we all enjoy.  When a square clicks, the choreography flows, and the music is lively, it’s exhilarating.  I remember at one convention “The Twins” had a room full of hundreds of people in a frenzy calling mainstream to the song “Call Me Maybe.”  I have many fond memories of similar squares at club night, fly-ins, or conventions.

Where did you grow up?
I was born in the Bronx, moved to Queens as an infant, lived for years in Brooklyn, and have lived in Manhattan since 1998.  When I was about 10 I went to the Staten Island zoo with a friend and his family.  So other than when I went to college (which was in central NY) I have made NYC my home.  In the last few years my husband Terry and I have spent more time at our house in the Hudson Valley, but I still consider NYC home base.

What is something about you that not many people know?

After college I wanted to do something involving gay visibility and I became a volunteer at a free weekly paper called Gaysweek.  I would proof read articles, do some editing, and write a short article now and then.  I think that somewhere I still have a copy of the issue that ran my breaking story about the collection of gay-related books that someone donated to the Muhlenberg Branch of the NYPL.

One day the editor asked me if I would help with an upcoming in-depth article on the leather scene.  I would model various leather gear for accompanying photos, but they wouldn’t publish anything that would show my face.  Even though I had zero knowledge or experience of that world, I agreed.  I met the photographer at the Leather Loft on Christopher Street, loaded up on jackets, pants, and, shall we say,  fashion accessories that they let us borrow, and went to his studio.  At the end he asked if I would be interested in having a portrait for myself.  I thought, “Why not,” and he later gave me an 8 X 10 of me clad head to foot in leather, with a look on my face that I thought a leatherman would have.

The paper folded before the article was published.  But the editor did let me know beforehand that a few of the photos had been stolen from the office.

Who inspires you?
I don’t think that it’s inspiration, but I have tremendous respect and admiration for the medical professionals in hospitals, clinics, and government agencies who are confronting the COVID-19 epidemic.  They show up, day after day, for hard, long, emotional shifts,  to take care of people who could mostly have avoided getting so deathly ill.

Eating cake.
I like to cook and bake, and since retiring three years ago I have more time to do it.  It doesn’t have to be super-fancy, but tasty is a must.  Though I have made cassoulet in my time.
I also love gardening.  Upstate we have several flower gardens and we grow herbs on our front deck.  Seeing the flowers bloom throughout the seasons is a joy.  Weeding can put you in a Zen state.

I am rereading “Friend of My Youth,”  a collection of short stories by Alice Munro.  Her observations of the interactions between people in various situations always reveal something about each person in understated but descriptive prose.  A woman describing her ex-husband remembers, “He knew he had an advantage, and we had reached the point in our marriage where no advantage was given up easily”

To try to improve my comprehension of spoken Spanish, I have been watching “The House of Flowers” on Netflix.  It is a dumb parody of a Mexican telenovela about a wacky, dysfunctional family.  But it doesn’t hurt that most of the men are very sexy.  And that there is lots of gay sex.

If you had a warning label, what would yours say?

Let’s just say that Terry once ordered me a tee shirt from an airline in-flight magazine that says, “Of course I’m right, I’m Bob.”  A co-worker and I googled it, thinking it was a line from some TV show, but nothing came up.  Interesting that the shirt was only available with the name Bob.