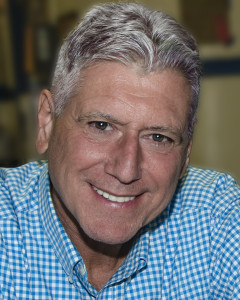 My prom was in 1991, which was the same year as my first IAGSDC Convention “Cast a Shadow in the Sun” at the Hotel Fontainebleu in Miami.  That’s when Security threw the Bathing Beauties out of the pool for wearing one piece bathing suits and you couldn’t tell the drag queens from the wedding party in the Lobby.

I had thwarted Mac McCarthy’s invitations to come to the Times Squares for many years.  In the late ‘80s and early ‘90s there were many social groups that formed in a reaction to AIDS – like Gay Friends and Neighbors – which gave an alternative to socialization in a bar setting.  I met Mac there (he helped found many such social programs).  Every year we would have a retreat to a kid’s campground upstate (the “Camporee”) and every Saturday night there was a square dance (Nick Martellacci calling).  So one night I finally took the plunge and came to an intro night at Times Squares with Mac. I was hooked.

Grew up in Rockland County.  I moved to NYC in 1977 with $35 and a sleeping bag when a friend of mine found an apartment on W. 43rd, and  needed a roommate.  I already had a social network in NYC and it was inevitable for a gay man to move to Manhattan in the ’70s, especially one who doesn’t drive.

You’re probably one of the more well-traveled members who attends many events at other clubs. What keeps you engaged and traveling for square dancing?

I love dancing with other clubs.  Since the divide between gay and straight square dancing dissolved many years ago, there is really no excuse for the two communities to be so isolated.  As a square dancer who is always trying to improve (and at C1, you can never dance enough!), its important to get out into the world and dance with as many people and callers as possible. You can really see the world through square dancing, and make friends all over the globe, literally.  It can be a vehicle for recreation, bonding  friendships, and just having some great fun.

I sometimes get the urge to take a cruise.  In its place, I go to Wall Street and take the free ferry to Ikea, buy something I don’t really need, and feast on Swedish Meatballs.  Getting out into the harbor on a boat, smelling the sea air,  and going to a buffet is a nice alternative.

Her, to the husband: What do you think you’re going to do?
Him, taking off his coat, and throwing himself on the bed: What I’ve got a right to do and only me.
Her: Take your rights… I want you to.  But you see darling… You’re not the first today, and I’m just getting warmed up!

Susan Hayward and Mike Connors in “Where Love Has Gone”.

A perennial favorite of mine is The Randi Rhodes Talk Radio Show at RandiRhodes.com  I also enjoy travel, documentaries, and cooking shows.  It’s always a good idea to revisit a well-read Nathaniel Hawthorne novella.

If you had your own talk show, who would your first three guests be?

“Limp Limerick” reprinted from the September 1988 issue of Times Squared